The Toymaker is an absolute firecracker of a novel. It will bewitch you, fascinate, emrage and educate you. It will also break your heart. Set in Melbourne past and present, wartime Prague and the living hell of Auschwitz, The Toymaker is a fable of contemporary Australia and the twisting, turning rivulets that make us who we are. A deft storyteller, Liam Pieper has created one of Australian Fiction’s most intriguing characters in Arkady Kulakov. Review by Myoung

Buy it from Candelo Books

My travelling days seem over (for now). Therefore, a book like The Discreet Hero is a godsend as it keeps the wanderlust at bay. It is set in the stultifying heat and noise of Piura and Lima, Peru where locals take refuge from the noonday sun with drinks such as Inca Kola and espresso cut with milk. Where peddlers hawk their molasses candies and empanadas on the boardwalk. We get to see the city through the eyes of its inhabitants exposing the sediments of time, weather and enterprise not always privy to the tourist: “He thought of the old mansions that had lined this seawalk when he was a kid. They’d fallen into disrepair one after the other because of the havoc caused by El Nino: the rains, the river overflowing its banks and flooding the neighbourhood. Instead of rebuilding, the whites had made their new homes in El Chipe, far from the centre of town.” Local peculiarities surface too; heroically standing up to blackmailers when blackmailing is all but expected, consulting with holy women and God alike. All this without having to ferret out my lapsed passport. 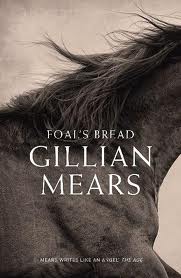 Having loved Gillian’s previous novels, The Mint Lawn and The Grass Sister, I eagerly awaited this her third novel, now sixteen years later. I was not disappointed. Set in rural NSW, the novel begins pre world war II with 14year old Noah and her father droving pigs. They arrive at One Tree Farm where Noah gives birth alone by the creek to her uncle’s baby. A grim start and one that sets the tone for the book brilliantly. Though certainly it has its heart-rending moments, it’s not a grim book, but one that tells of the harsh realities of life on the land in an age where cars and technology were only just arriving.

The horses are central characters in this book, as is the landscape itself, their essence beautifully captured in Gillian’s prose. The world of country show high-jumping and it’s people do seem to jump out of the pages. It’s especially about the women of the land, two generations of high-jumpers. It also tells of the lore and myth of the country, tender love, families and their rivalries. She manages her themes beautifully, weaving them in and around the narrative and has a real talent for matching her writing style to the period, putting the reader right there. I loved this book.

Fateful is a novel that constantly intrigues with the incorporation of the supernatural and a tragic historical event. This book really surprises me with its originality. The story follows a young servant girl who works for an extremely old and wealthy English family and their grand plan to go to America and start fresh aboard the RSS Titanic. With so much hope running through the novel and the knowledge that the titanic sinks, this is a bittersweet tale. The characters are strong and fiery with lots of old English intrigue scattered throughout, giving it a scandalous and historical feel. With the edge of the supernatural barging in and a little double-edged romance, Gray really reels you in making it so engaging that I even found myself hoping she would change her mind and let the ship meet its destination! Fateful is a unique and capturing read!

This haunting coming of age thriller is truly unique. Set in a small innocent town, the people of Cryer’s Cross go through everyday life with immense trust in their lives’ stability, until one summer when a girl goes missing. The town band together to find her with no luck and suddenly this little piece of their home doesn’t seem so trustworthy.

Set a few months later, this novel follows the story of Kendall, a 17 year old girl with ADHD, and her quest to find her friend. Along the way, she is tempted by love, courage and betrayal. This is a gripping read, one that will make you question your own reality and the fate of others. Overall, this is a clever piece of fiction mixed with the supernatural. Not to be read late at night. 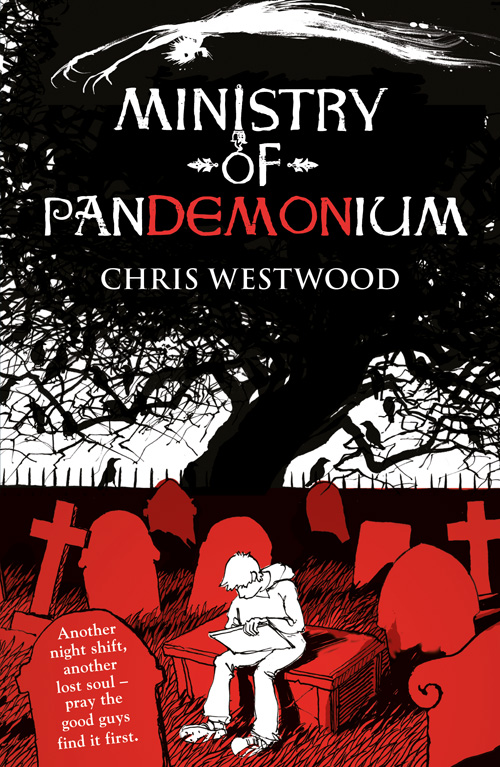 Here are two reviews on Chris Westwood’s Ministry of Pandemonium by two of our young readers.

From Jye…
This novel is about 12 year old Ben Harvester and his adventures with Mr October a man of “many faces and secrets” who teaches him how to use his special talents to help lost ghosts.  I liked this book a lot because it was a really interesting concept with interesting characters.  Mixed with a great story line and a lashing of humour it made for a great read.  I would recommend it for ages 10 – 14 … but my Mum also liked it.  Anyone who likes fantasy I guarantee will like this book.

And from Emmett…
This is an exciting story written in first person narration set in present times about an ordinary boy whose father left him and his mother struggling. The main character is a boy named Ben Harvester who meets a mysterious man called Mr October who changes his life completely. Ben’s new job is to help the dead pass away before the demons get to them.

I enjoyed this book very much. In the beginning the characters seem a bit vague, but towards the end I started to feel like I knew them all very well. Pretty much the only thing that could have been improved was the pacing. At some points in the book there was so much happening that I could not actually follow the story. I am looking forward to the sequel and I would give this book a 7 out of 10.

Thank you Jye and Emmett!

The first half-vampire ever to be born, Catherine Crawfield, spends her time hunting the un-dead with the extra human strength and still beating heart she possesses. She uses her gifts by protecting the ones she loves as well as trying not to get herself killed. This series is about a strong woman in heart and fists; the gothic story line will have you on the edge of your seat in anticipation of the next punch line! Jeaniene Frost creates an intriguing, original plot that throughout the series has become more devious and more deadly. Along with Cat and vampire Frost, she entwines ghouls and zombies with magic and heated romance making the Night Huntress series a death-defying action-packed narrative.

Afterlife, the final of the Evernight series, was overall a summary for the main characters and a push for the new or background characters of the first 3 novels. Throughout the story there was no great big twist like in the other novels. Afterlife was focused on the tragedy of Lucas being turned into a vampire (which occurred at the end of Houglass). The romance side of the story between Lucas and Bianca was quite gooey and filled with promise but a bit of a letdown.

The story Claudia Grey told felt like it was being told from someone not actually there but just an onlooker so as a reader I felt there was nothing to get extremely excited about. The best parts were definitely about the smaller characters, who in the other books were in the background but in this novel you really got to know them better, such as Balthazar and Mrs Bethany.

Overall, Gray’s Afterlife is a good end for the series and has a surprisingly un-clichéd ending. Look out for her new novel Balthazar continuing his story… Coming in 2012. 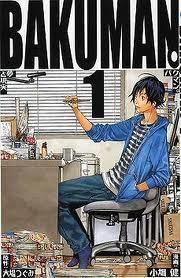 The manga (Japanese Graphic novel) Bakuman by Tsugumi Ohba and Takeshi Obata (creators of the smash hit Death Note) seems to go against the status quo of today’s fantasy aligned world. It explores not a world of fantastic fiction with monsters and magic as is most common these days, but in fact explores the world of Manga and the creation of it from the perspective of two seemingly ordinary school students Moritaka and Akito who wish to become manga creators.

The artist of Bakuman Takeshi Obata states that he was nervous about the series because of the lack of fantasy. Even though it lacks the fantastical craziness associated with much of today’s manga it has various intertextual references to many other manga series which seems to be a genius device which hooks the reader and reels them in almost instantly. I usually only read fantasy and so before opening the book I was unsure of what to expect, after reading just two pages I couldn ’t put it down!

As well as being enjoyable it is actually somewhat didactic – that is it teaches you how to create manga, exploring the tools and challenges of the trade as well as actual examples to further inspire and teach you.

As I both enjoy and love Manga, Bakuman is a manga that feels as though it relates to me directly and I’m sure anyone who remotely likes Manga or the associated art process of Manga would thoroughly enjoy its fun and inspirational plot as well as it’s hilarious in-depth characterization and of course the awesome artwork which brings the story to life.

I recommend this to all Manga fans teen+

Having just finished Audrey Niffenegger’s Her Fearful Symmetry I wondered why it took me so long to get around to reading it. Like so many others I absolutely loved The Time Traveler’s Wife and I guess I was fearful that her next book wouldn’t be as good. However, there was nothing to fear, well not on that count anyway and I loved every minute of it.